Register Login
%
On Your Way to Passing Your Checkride!

Can I be a pilot? 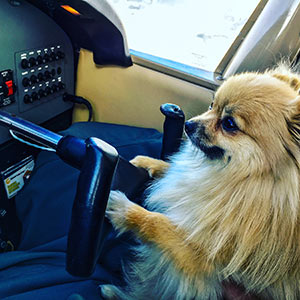 You might be asking yourself this question, so let's answer it.  Who can become a pilot?

About 75% of the US population is eligible to become a pilot, if you're reading this, there's a good chance you're part of this group.  The requirements are:

That is really it.  Becoming a pilot is much easier and often quicker than even attending college.  Remember, the guys that invented airplanes were two brothers in 1903 that made bicycles and figured out not only how to build the world's first airplane, they also flew it with no training or license (since a Pilot certificate didn't exist back then).  This IS something YOU CAN DO!

Do I have to pass a test?

Yes, but our online ground school here at FLY8MA prepares you so well for flight training and your tests that they will seem easy!

During training, you must complete:

How long does it take?

Training consists of a minimum of 40 hours of flying (the national average is closer to 60-80 hours).  The minimum amount of time you could accomplish this is about three weeks, while some folks who only take one lesson a month may drag out training for several years.

The optimal amount of time to complete your license is 6 to 12 weeks.  This will result in you saving time and money, as well as saving yourself frustration during training.

What do I do during training?

Training is much cheaper and quicker if you have already completed our online ground school here at FLY8MA.com.  To make sense of the details below, realize most flight lessons are about 60-90 minutes of flying and 30 to 60 minutes prep on the ground.  You pay the instructor for the ground time and flight time, and if you complete the ground school prior to training, you will save a lot of time on the ground and in the air.

During the minimum 40 hours of flight training you will:

How much does it cost???

That's the big question, right?  You hear people tell you between $5,000 and $20,000.  How could the exact same pilot certificate vary so much in cost?  This is a lengthy subject, so we made another video on it below, but let me explain in text as well.

Let's take the minimum required training, 40 hours of flying, and 20 hours of that with an instructor.

So you have to rent an airplane (or buy one, but if you're just starting out we recommend renting at first).  Renting an airplane costs between $75/hr and $300/hr.  This accounts for a large part of the variability in costs already.  Your location, and the plane you choose to train in will dictate a lot about the cost of your training.  The 1965 airplane on the left costs about $25,000 to buy used, is perfectly safe, but a little slow, hot, and tiny.  The airplane on the right is a 2019 that costs over $500,000, but hey it has leather interior and air conditioning.  Both airplanes will make you a pilot, but the one of the left will do it for less than half the cost.

So 40 hrs in the Cessna costs $3,000, 40 hours in the Cirrus on the right costs $12,000.  Aside from comfort and bragging to your friends about what airplane you are learning to fly in, neither aircraft is "better" to train in or will make you a "better" pilot. 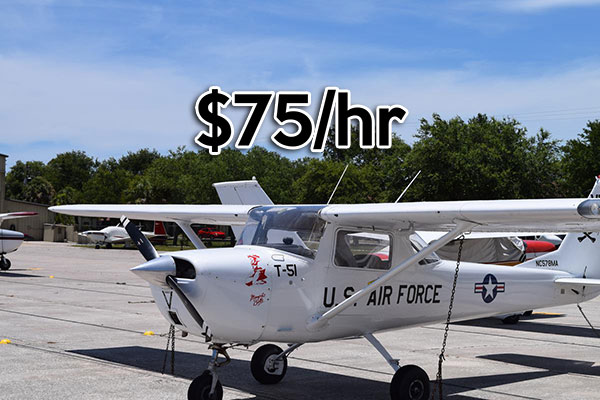 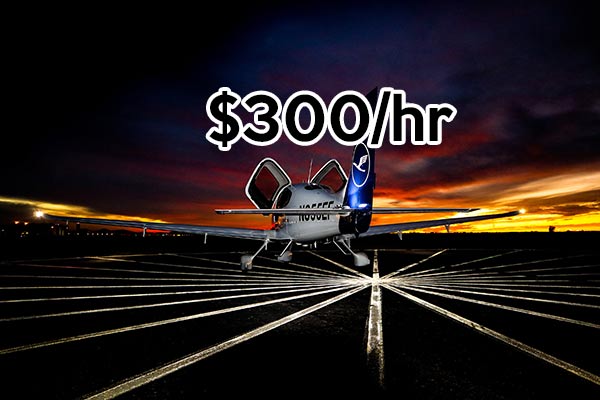 After paying for the airplane (which is typically pay as you go), you have to pay for a flight instructor.  You need them for a least 20 hours, but will wind up paying them not just for the 20 hours in the plane, but also the time they spend with you on the ground (this is why completing your ground school on FLY8MA can save you so much money, you won't have to pay them to answer the questions that are all explained in our online courses).  You'll pay your flight instructor, or as we refer to them, CFI (certified flight instructor) about $50-$100/hr.  This again depends on location in the country, big airport vs little airport outside the city, and how experienced the instructor is.  (hint: try not to be cheap here, a good CFI is well worth the money, and can actually save money by teaching you faster and answering questions faster for you).

Assuming the minimum, 20 hours of flight time and about 10 hours of ground instruction time, you'll pay between $1,500 and $3,000 for your instructor.  Remember, this is the minimum, we're just trying to explain where all the costs are coming from here.

So what else do you have to pay for?  Well in addition to the plane and instructor, you'll need:

With our two scenarios, this would be the range.  Remember the example here is the minimum, and is often 1.5x or even twice as much when it takes 60 or 80 hours instead of 40.

How do I save money?

The best way to save money is to be able to effectively research what plane you want to train in, who you want to teach you, and most importantly, learn as much as you can before you begin spending a lot of money on airplanes and instructors.

The best way to do this is to complete our Private Pilot Ground school prior to spending the big bucks on airplane rentals.  Our ground school can be purchased for $300, paid monthly at $39/mo for the basic membership, or $127/mo to access every course on our site and gain the maximum amount of knowledge about all things aviation.

Our groundschool walks you through choosing the right airplane and instructor for you to further save you $$$.

Ready to jump in and start studying?

Click on the button on the right Move on to Step 3!