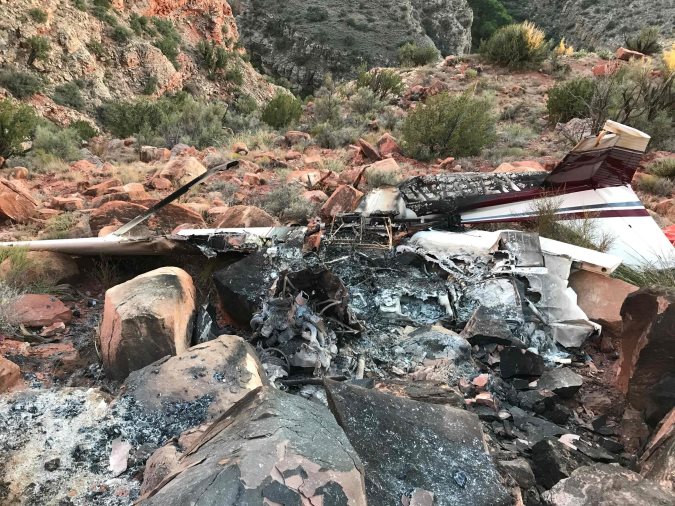 On September 22nd, 2017, the newly certificated Private Pilot told family members he was planning to take a friend up around the traffic pattern and perform some touch and go’s. Contrary to that stated plan, the pilot opted instead to depart the pattern toward a meandering river canyon just northeast of the airport.

They entered and flew below the canyon walls. Although the Private Pilot had flown through this canyon once before; it was with a flight instructor,  in the opposite direction of travel, and in a slower airplane. Approximately two miles into the canyon, they encountered a tight turn, which the pilot was not able to successfully navigate.  The aircraft impacted terrain about 500 ft above the river, and 200 ft below the canyon wall. 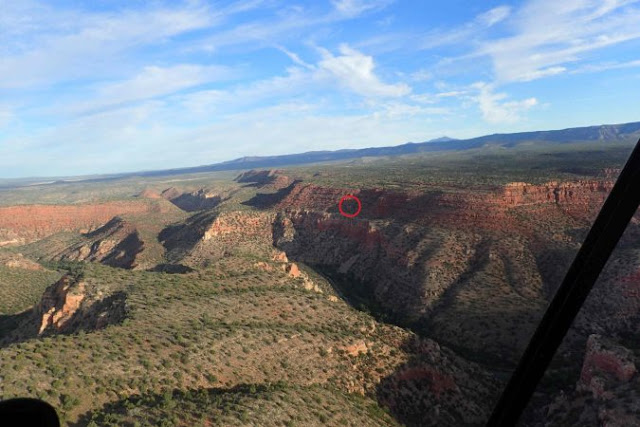 Wreckage debris indicated a low-energy impact, with the airplane most likely in the incipient phase of a spin. The accident was fatal for both pilot and passenger, with a majority of the wreckage being consumed in a post-impact fire.

It’s unknown why the pilot deviated from his original stated plan. One reason could be that the aircraft would soon need to be refueled, and the canyon exited in the direction of the airport where the pilot typically purchased fuel; the other possibility being that having his friend onboard influenced his route to make the flight more exciting.

NTSB Probable Cause and Findings

The National Transportation Safety Board determined the probable causes of this accident to be the pilot’s decision to fly into a canyon during wind conditions conducive to turbulence and downdrafts, and his subsequent loss of aircraft control while maneuvering in the canyon. Contributing to the accident was the pilot’s limited canyon flying experience. 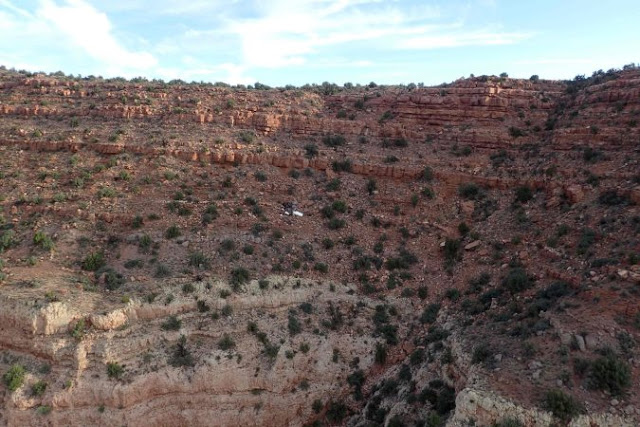 How could this accident have been avoided?

Lack of mountain flying experience was the biggest factor in this incident. The pilot’s inexperience in regard to total flight time, unfamiliarity with the canyon, and lack of experience in the flying techniques required to successfully navigate the canyon, built the chain of events leading to this accident.  GET THOROUGH MOUNTAIN FLYING TRAINING FROM A QUALIFIED CFI BEFORE FLYING IN OR NEAR MOUNTAINS.

Weather was the secondary factor. Prevailing winds created a tailwind, and produced downdrafts and turbulence within the canyon. NTSB performance calculations revealed that the turn with the prevailing conditions was theoretically possible, but that it would have required precision flying, which once again, ultimately, comes with experience.

Hazardous Attitudes were potentially involved, as well. Although we do not have enough information to conclude that “macho” (trying to prove themselves by taking risk to impress others), or “invulnerability” (it won’t happen to me) attitudes were in play, it is very likely that “impulsivity” (making a quick decision on the go, not fully considering the lack of important information) was, as the flight that took place deviated from the original plan. There is a high likelihood that the pilot made a quick decision to deviate from the original plan, therefore not taking into account all of the additional variables that needed to be addressed prior to entering the canyon.

In closing, with the prevailing winds, the pilots limited canyon flying experience, and only around 120 hours total time; the pilot shouldn’t have entered the canyon on this day. There were multiple factors that should have been considered that ultimately led to the crash; as with any accident.

We write these articles not to criticize the actions of our fellow aviator, but instead with the objective of sharing the chain of events leading up to the incident in an effort to allow you to break the chain of events before the incident occurs, if you find yourself in a similar situation.  If you’re starting to think of turning around and using a safer route, that would be a good time to do it.