On September 2nd, 2018, a Cessna 180 on floats began its takeoff roll from Yakutat Harbor. It was a beautiful, clear day with no ceiling and visibility greater than 10 miles. Mount Saint Elias towered over Yakutat bay.  The winds were blowing out of the North-Northwest at approximately 8 knots.

The pilot has a lot of experience, holding ATP, CFI, and Commercial certificates with over 16,000 hours in flight time, 300 of those being in the same make and model.

Shortly after the 180 gets on step, the left wing and float suddenly rise, causing the right wing to lower. The right wing proceeds to make contact with the water. This massive increase in drag violently pivots the aircraft to the right, subsequently slamming the left wing into the water.

Fortunately, both the pilot and passenger walk away without injury. But the airplane sustained substantial damage.

How could this have happened? 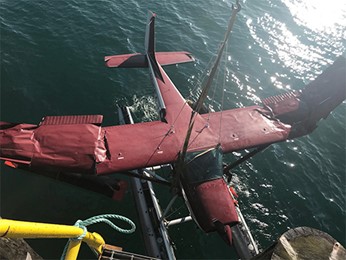 As with almost every accident, there tends to be a chain of events leading up to the ultimate outcome. Let’s take a look at what went wrong on this seemingly beautiful day.

Crosswinds are typically unforgiving in land aircraft, and seaplanes are no exception.

In this incident, a step turn was used to ultimately align the aircraft with the wind for takeoff. Step turns are great as they allow you to build speed in any direction prior to takeoff, which can be especially useful in confined areas or waterways with a substantial bend… but they must be used cautiously.

When an aircraft is on step, a delicate balance must be maintained as the aircraft still has contact with the surface, but the airfoil and flight control surfaces are now aerodynamically loaded and effective. It’s important to think about how these loaded surfaces, and manipulation of the flight controls, will impact the floats and their direction of travel over the surface of the water.

We must also give consideration to the fact that as we perform a step turn, the airplane is nearly ready to  fly; that is, the amount of lift available is nearly enough to overcome the weight, leaving the airplane more susceptible to being influenced by the surrounding airmass.

As the aircraft crosses the direct-crosswind point, the radius of the turn sharpens (most likely due to weather-vaning). As the wind pushes against the left side of the empennage and under the left wing, causing it to rise, the right wing begins to drop. Simultaneously, it is highly likely that the right float tip started to dig in, causing additional (and substantial) drag that directly supported the continued lifting action of the left wing, until the right wing made contact with the water. 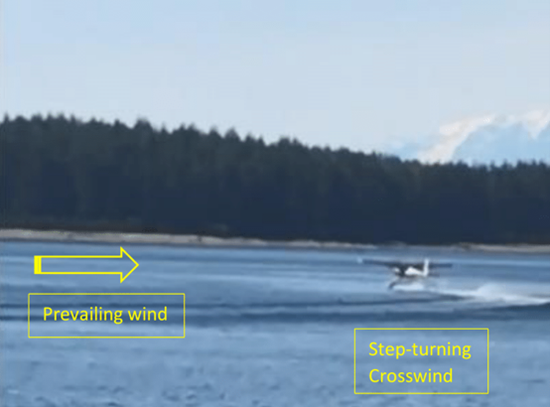 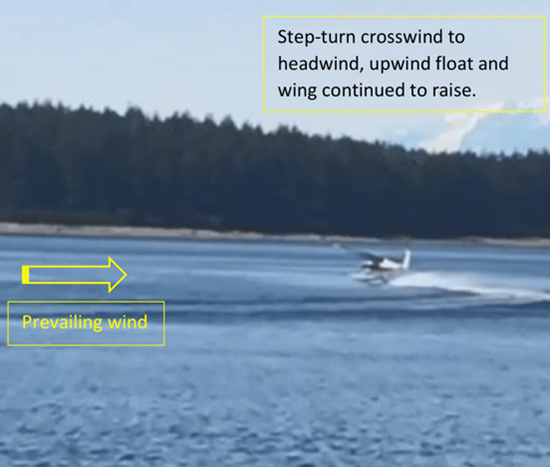 These incidents happen quickly and tend to happen on an annual basis to pilots of all skill levels.

There are a few key points we can take away from this incident: 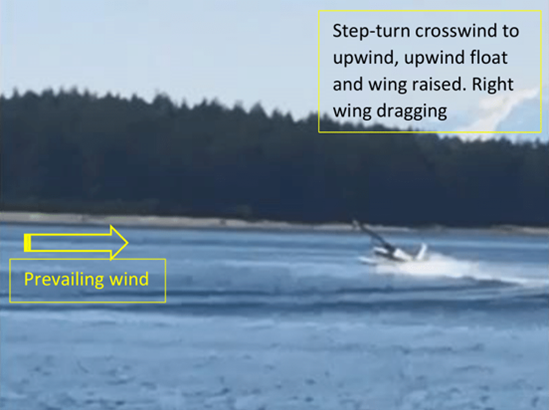 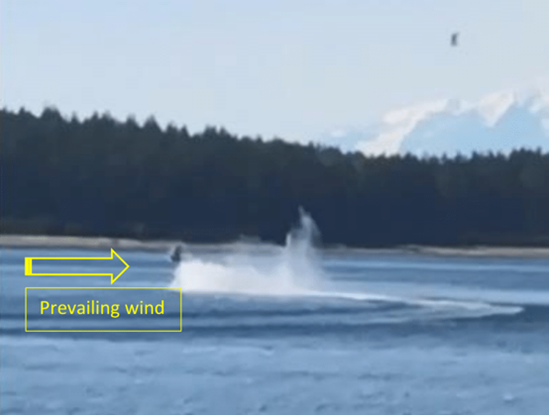