Because this is such a big topic, and essential for maintaining safe separation between aircraft on the surface and keeping you from taxiing into a place you don’t want to be, there will be another course available soon on FLY8MA under the ALL COURSES tab to further enhance your knowledge of runway and taxiway markings and signs.

In figure 14-6 you can see two examples of a DISPLACED THRESHOLD.  What this means is that you can use the entire runway for takeoff, but cannot land until you are beyond the “arrows” or white solid line going across the runway.  The reason for this may be obstacle clearance, or that the pavement is only strong enough to support the weight of an airplane rolling on takeoff, but not touching down on landing. 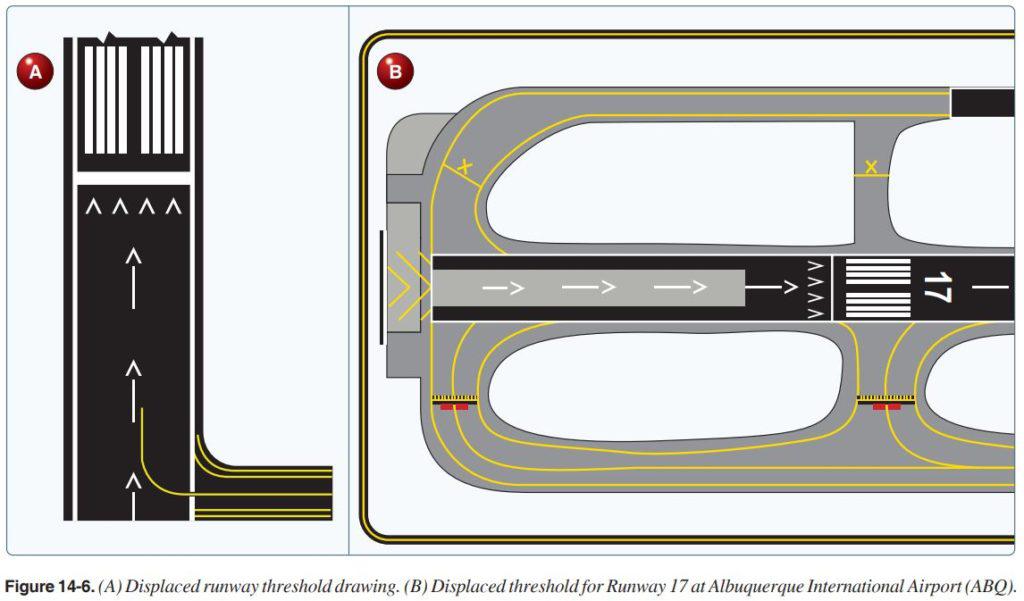 Figure 14-9 is an example of a runway identification sign that would be placed at the beginning of runway 14 where taxiway Alpha “a” meets the start of the runway. 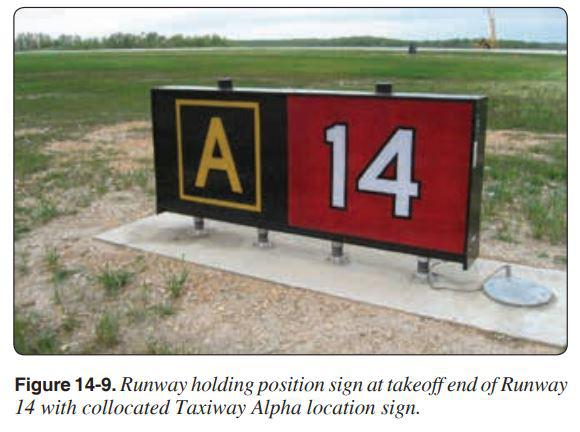 Figure 14-10 shows where taxiway Alpha intersects runway 18-36, but this is not the beginning or runway 18 or 36, it is somewhere in the middle.  If it were at the beginning of a runway, it would not list both runway numbers (18 and 36). 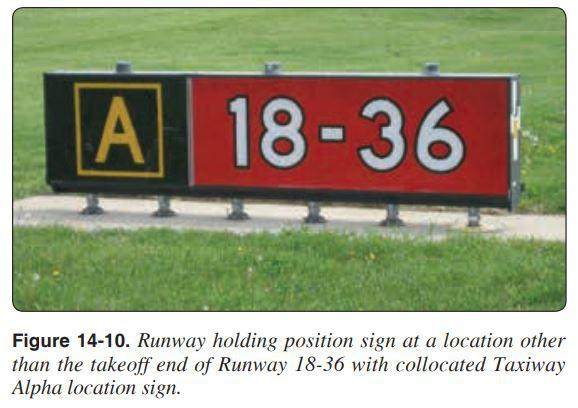 Like we said above, runways are numbered not by the number of runways at a given airport, but by the direction the runway is pointing.  A runway that points roughly 360 degrees is labeled runway 36.  Now, what happens when there is more than one runway at an airport pointing the same direction (parallel runways)?  We simply name the runways 36 Left and 36 Right.  An example below is Charlotte airport (KCLT) in North Carolina.  They have three runways parallel to each other.  Can you see on the diagram where they are labeled at the beginning of each runway, 36L, 36C (36 center), and 36R?  It also shows where the magnetic compass heading of the runway is 003.5 degrees for the north-pointing runways, and 183.5 degrees for the south facing runways. 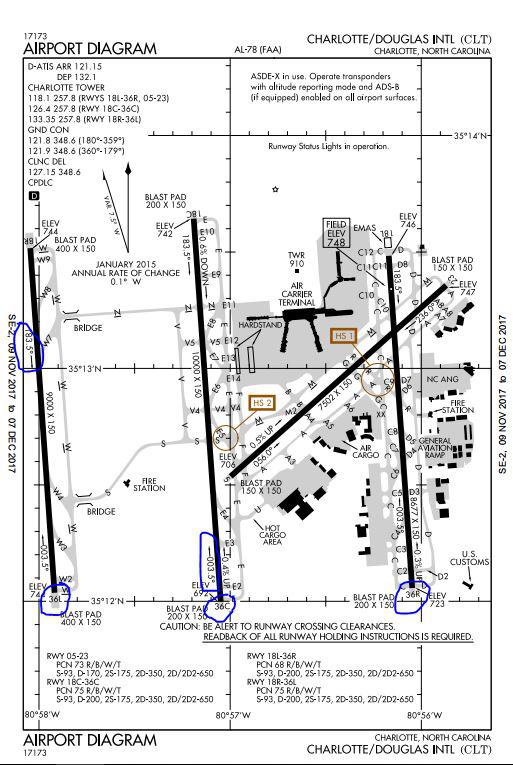 Below is a picture of one of those awful airport intersections.  Luckily, this is about as complex as it gets, and probably more complex than you will be dealing with as a pilot for a long time.  If you can understand this, you’ll have no problem with 99% of the airports you visit.  Let’s start taking a look. 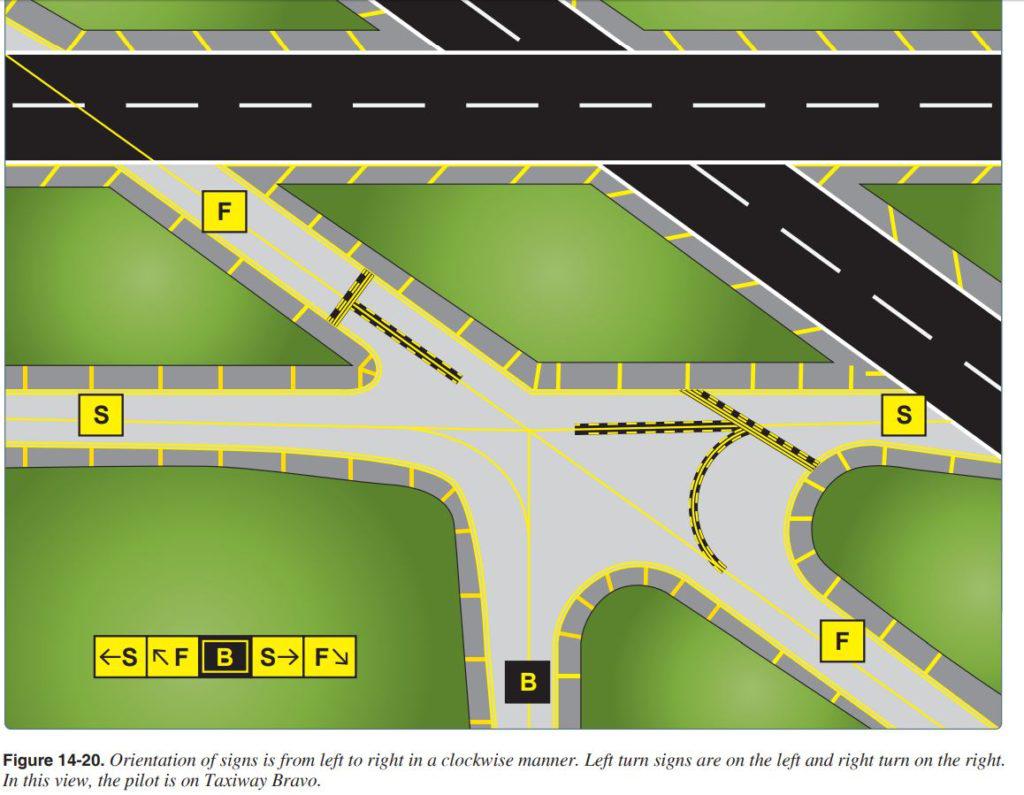 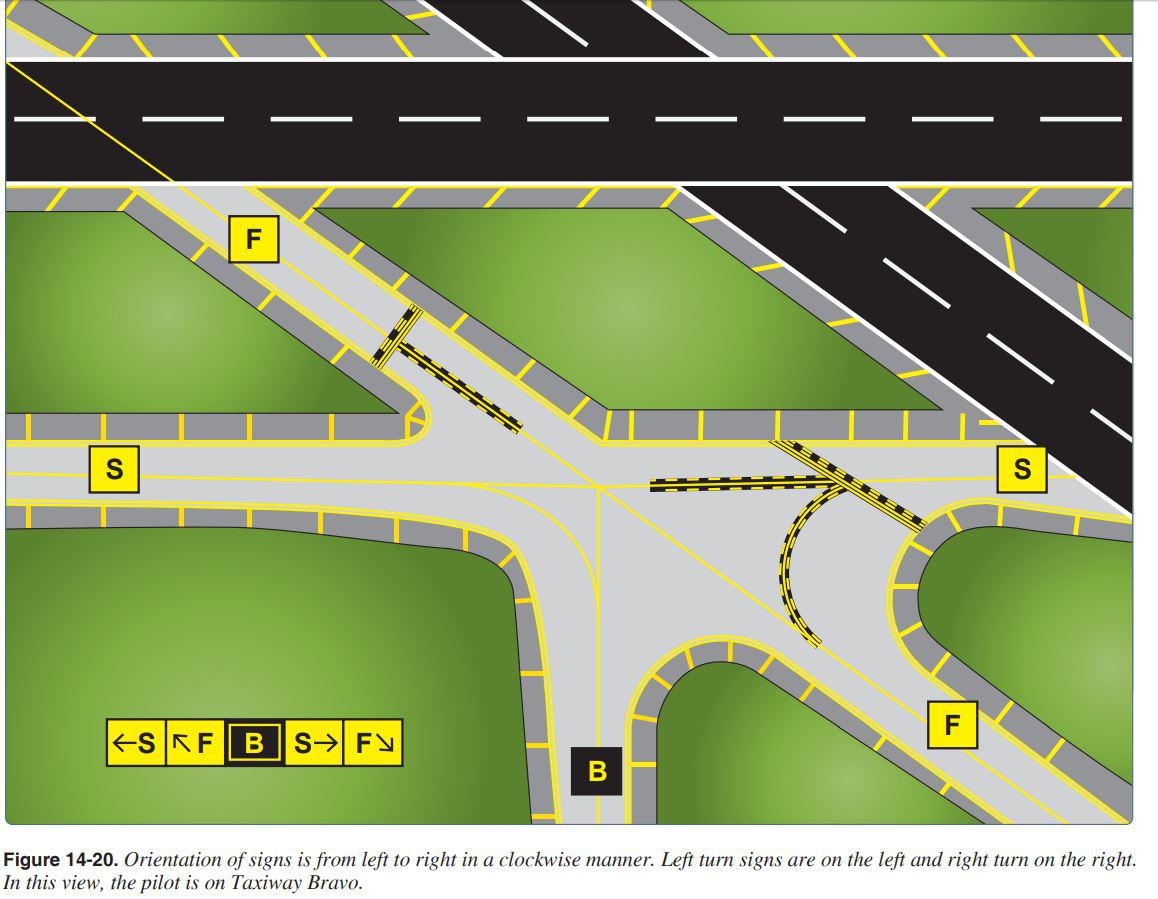 Now for practice sake, let’s assume you are in your airplane moving from the bottom middle of the picture towards the top of the picture.  Assuming that you are on taxiway Bravo.

Taxiway Bravo “B” is shown with a black background because that is the taxiway you are on.  The sign to the bottom left of the picture in the grass is showing us you are on B, F is ahead and to your left, S is directly to your left, and it also goes to your right, and F is also a sharp right turn off of your right shoulder.

The solid yellow lines in the middle of the taxiways are what you would follow along and put your nose wheel directly on. Where you see the solid yellow taxiway line with the black and yellow dashes on either side is called an “enhanced taxiway centerline marking”.  This is a fancy way of saying they put the dashes there to warn you that you are approaching a holdshort line and need to think about slowing down and stopping unless ATC (air traffic control) has cleared you to cross the holdshort line). 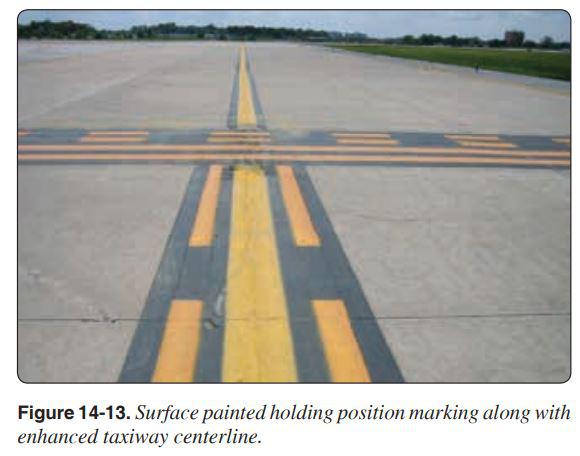