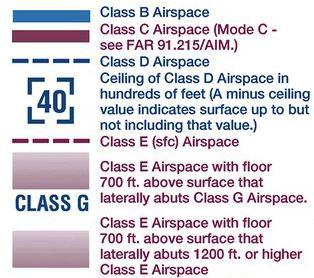 Luckily whether you have a GED or PHD, you can learn the layout of the different airspace that makes up the NAS (national airspace system).

We’ll start off covering just a basic overview of class G airspace, class E airspace, and class D airspace, and leave the busier types, Class A, Class B, and Class C for later.

Here’s what to keep in mind over the next few TOPICS.

The three most common phrases in aviation are “Was that for us?” “What’d he say?” and “Oh Sh*t!” Since computers are now involved in flying, a new one has been added: “What’s it doing now?”

Ask a Question / Leave a Comment to the Community

Ask a Question and get a fast response from our CFIs